This is an archive of a consumer complaint published against Block Gemini Technologies at DirtyScam.com-

The company Block Gemini Technologies is run by two brothers, Chad and Chris. These people do not have any experience with the technology, however, call themselves as blockchain scientist.Does that word really exist? Playing the card of being over smart does work for many people. The truth is, these guys are not new as frauds.There was a company called Mediawhite which was run by these two brothers only.The company was operated from the same office in Dubai from where the brothers are running Block Gemini.During the time of Mediawhite, these brothers took money from the clients and did not do anything for them.For the records, Mediawhite was an advertising company. Later, after receiving tons of negative reviews, the company was shut down.Soon after, the new company popped up with the name of Block Gemini. These guys are not at all experience in blockchain or ICO.They are only experienced in scamming innocent people.I had hired these people to do a complete ICO and they failed on every parameter.The deadlines were never met, these guys were never approachable, they did not do anything, they lagged behind the schedules.They always had excuses, none of their team member was experienced. This company ripped me for an entire $100K.They did not do anything that they promised. They flaunt about having been raised $150,000,000 through ICO and blockchain technology.However, they have no proof to back that number. All they do is talk. After realizing that I had suffered such a huge loss, I approached another company.I knew these guys wont return my money. These people use this money to buy expensive cars and watches and show it on Instagram to lure people in investing with them.It works for many gullible clients. I was the one able to realize it sooner. And, after I did realize what was cooking behind me, I instantly ended my contract with these guys.The other company did a great job. I was able to get the returns faster that I expected.I did lose $100K. But, if I would have been stuck with these brothers, I would have been still in a huge mess.As least, I recovered all the loss through the new system in place.I did talk to these brothers after some time and asked for my money back. They said what I expected them to say.Not only they denied giving back any money, but they accused me for backing down.These people are highly trained in ripping people off.You would not know, and they will take away the profit from your pocket right away.They are though good at lying. They will lie on your face and you would not even know it.I gave them my money and trusted them with everything. I was a fool too.I should have listened to my gut feelings. I may would have saved my $100K then. 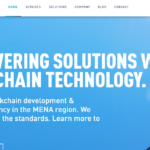