This is an archive of a consumer complaint published against BlueSky Lending at DirtyScam.com-

No no no no no. One star only because I could not give BlueSky Lending zero stars.Under no circumstances should you even consider them, in fact, just stop reading this review and move on to someone, anyone else.In particular, do not have anything to do with John Campo.Not only did he NOT do what he specifically promised, HE REVEALED FINANCIAL INFORMATION ABOUT HIS CLIENT TO ME, THE SELLER in one conversation, then in another, after saying “Im not talking to you HE ACTUALLY CURSED AT ME, USING THE “F WORD!That was when I called him from a different telephone number, so he didnt know it was me calling, otherwise I would never have reached him.He dared to say he was talking to me out of “professional courtesy. What a joke. He is, a) not professional and b) not courteous.He misrepresented information, made conflicting statements (i.e. “an amended contract is not needed if the closing date is earlier than what is on the contract followed a few days later with  I am unaware of any contract amendment that corrected the closing date to anything other than.. Or “you will absolutely have your funds for October 6. to “I said I would do my best to  He caused so much unnecessary stress, not only to me but to everyone involved in this deal which involved multiple closings.. The problem with this entire process is the lack of transparency.Who knows when a person like this John Campo actually does anything?? You have to take them at their word, which apparently means little, and you have no recourse when they dont do what they say they will do. Run in the other direction. 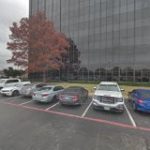