This is an archive of a consumer complaint published against BMI Federal Credit Union at DirtyScam.com-

PLEASE READ THIS REGARDING MY EXPERIENCE WITH DISCRIMINATION: My wife and I “WERE members Of BMI Federal Credit Union for over 40 years until recently.We typically frequented the Westerville Branch. Earlier this year during a visit I was asked to remove my ball cap.This was the 3rd visit that they requested my hat be removed.Although, I knew everyone by first name and they knew me by first name (and my kids) I was still asked to remove my ball cap.During one of these visits I noticed that there were (3) muslims waiting in line. (2) men with black sock hats on and a woman wearing a Hijab.Not one BMI employee asked them to remove there head wear. Finally, out of frustration I asked why I had to remove mine and was told because it had a bill.I understand a hat with a bill is hard for the cameras to determine who the potential robber might be.So, I requested a name from someone in HR to discuss my concern.Meanwhile, another male customer chimed in with me to complain.I left a voice mail for Sonja Johnson in HR and had my phone call returned after 24 hours.She had remembered me before from voicing my complaints.She actually recommended that if I want to wear my hat that maybe I should go through the drive thru window.Although, they wouldnt dare ask a woman with a Hajib to do so.She claimed that she would follow rules rather then deal with the hassle.Silence means consent in my vocabulary. It was COMPLETELY insulting to be asked this.I complained about discrimination and I requested a better explanation of the rule.So, After (5) working days I Finally received a phone call @ 4:30 on a Friday from Mr. Allender, VP of HR.I would like to state that it is clearly obvious that HR screens their voice mails prior to returning calls so that they know how to approach the client.Your phone call will always go to voice mail. So, there was no coincidence I had a call from Mr. Allender late on Friday hoping I had cooled off.Mr. Allender stumbled thru his explanation of why the policy.Mr. Allender was clear in telling me that it is OK for a Muslim woman to wear a hajib but that my wife or any woman would be asked to remove a head scarf.What is the difference?? They both show the same amount of face.This is truly Discrimination! BMI feels being politically correct is more important then insulting a 40 year member.So, My wife got the cold treatment from the Westerville branch when closing some accounts.I elected to close the balance of our accounts but had to wait multiple days to get MY money.When I complained about having to wait for my money I was told that they are not a bank but a credit union.If that is truly the case then why when I call BMI they announce themselves as “The Bank that Makes Banking Personal.Apparently, BMI is confused whether they are a bank or credit union.Frankly, they have made this personal which is why I am no longer a customer for BMI. 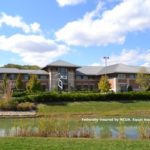