This is an archive of a consumer complaint published against Bond New York Real Estate Upper East Side at DirtyScam.com-

Absolutely horrible experience-I wish I had read these awful reviews beforehand, but even they dont do it justice.I found a no-fee listing for a great place on Streeteasy and was shown it by one of Bonds brokers (Aldo Fleurantin).Aldo was really friendly and got me approved for the apartment (which requires a $125 fee), as well as negotiated one month free plus a slightly lower monthly rate.I was really excited and showed up to my lease signing with cashiers checks for first and last month plus security deposit!When I showed up to the office, Sean Fuller from the Bond NY team told me somehow I misunderstood the terms (despite the fact that I received and still have emails and voicemails confirming my original understanding of the terms) and there was no free month (was labeled as a brokers fee).I understand that the original agent may have been mistaken; however, Sean was aggressive, condescending, and incredibly unprofessional.He stood in the meeting, repeated the same phrases over and over, and continued to raise his voice at unacceptable level.I am a small woman, and cannot help but think that Sean felt he would be able to intimidate me into signing the contract even though he had changed the terms.I am also in a client-facing role, and I know that if I had treated a customer like this I would be fired (as Sean should be honestly).Since I did not agree to a brokers fee on the apartment, I walked away from the lease signing.Neil Nerich, the firms managing director, called me shortly after to offer a “$500 rebate. No apology for his brokers behavior was mentioned.I later followed up stating the terms I would be willing to agree to in order to move forward (one of and mainly which involved not having to deal with Sean Fuller again), but he never got back to me despite my multiple emails Some professionalism they are clearly maintaining.Not only did one of their brokers verbally assault me, now they dont even have the courtesy to return my emails or calls.Overall an incredibly awful experience. I recommend staying FAR AWAY from Bond NY. 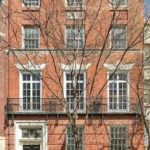