This is an archive of a consumer complaint published against Brannon Honda at DirtyScam.com-

Took my car into the service department at Brannon Honda on Friday, they said theyd probably be able to get it done by the end of the day. They called us at the very end of the day with what needed done on it and they hadnt even started working on it yet.Said they needed parts they didnt have. After Labor Day had passed my husband called on Tuesday.They said theyd either have it done by the end of the day or early on Wednesday but theyd call to give an update.Well, they never called and when we tried to call to see what was going on the dealership was open but the service department was already closed.So we went in early on Wednesday morning at 7am and then waited for 45 minutes to get my car.Now Im late for work, didnt get an apology and when I made a comment how disappointed.I was in the service the guy who was putting my paper work together didnt even look up or say anything to acknowledge my complaint.Never recommending or coming back to this dealership again. 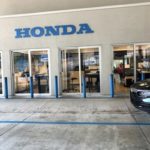