This is an archive of a consumer complaint published against Brian J Larisey, CPA at DirtyScam.com-

A couple years back I was asked by Brian J Larisey, CPA to give him a positive review as thanks for his services. So I did.I have used him for 3 years and was pleased with my previous experiences.Unfortunately, past experience does not dictate future results and all that.I used to think he was a solid guy. As I have read in other reviews on hes gotten too big for his britches.I completely agree with the majority of negative feedback he has received as far as lack of communication and customer service in general.He used to meet me for coffee and talk about what was going on with my taxes. It was really personable.This year he wouldnt even talk to me on the phone. I had to email every communication and he responded a day or two later.When it was convenient for him. Not so much for me.On multiple occasions Brian has placed me in a position to leave my personal/private information in a place where it could be easily stolen.Even though I asked him not to leave my documents in his mailbox over night he intentionally ignored my request. Once again leaving my personal information in a nonsecure place.The worst part for me was that Brian could tell I was getting frustrated with him and he didnt care.I am 100% sure that Brians couldnt care less that I am displeased with his service.Just the type of guy he turned out to be. I highly recommend finding another CPA. 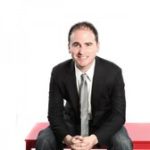