This is an archive of a consumer complaint published against Brik Realty at DirtyScam.com-

I called after seeing this property online, 1112 24th ave north, birmingham al 35204, and after calling and receiving a full voicemail message from the listing agent at Brik realty, I did research called the main office and Paul called me back. He agreed to meet my business partner the next day. I called to confirm with him. He did not show but sent his “assistant. My partner gave a 10% deposit as requested and gave verbal full price offer, no contingencies, no financing, two weeks to close without inspection. All relayed to his assistant, a short time later Paul sent a text asking what we wanted to do. We reiterated what we previously stated. He said he would send contract in afternoon. He did and I immediately returned it. A few hours went by without response so I called him again. He said he would get it in shortly. I asked him to hurry so we would not lose it. The next day he texted that they took another offer. Odd since we gave full price and made the offer at 11:15 am in the morning, unfortunately Paul did not get the offer in until that night. He said he would get back to me to discuss as we were a backup offer. That was Oct 12, 2017 and I have called and texted but no response. Today is the 25th of October. No idea where he disappeared to. No status on the check I gave nor the property. Also asked for additional listing with no response. Either shady or just really bad business etiquette. I would not use or recommend him. I would hate to see someone else waste their time with Paul Mielke so I decided to write this review. 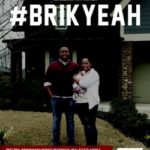