This is an archive of a consumer complaint published against Brock Real Estate at DirtyScam.com-

Brock Real Estate is an unethical realtor. We sold a house through him.The tenants kept writing emails to me about how unprofessional he and his staff were.To make things worse, one of his agents ended up buying the house, and Brock was disclosing the details of other offers to that person the whole time.His agent mysteriously outbid the others by $1,000. Twice.He claimed it was a coincidence and only disclosed the relationship to me the day I accepted the offer.It got worse after that. They then tried to hit me with huge requests for repairs even though when I hired Brock I told him one thing emphatically: “its an as-is sale.No requests for repair. Dont even bother. But he bothered, although we denied the requests. The whole process was irritating.The kicker? A few years later he sees a friend of mine at a party and starts to bad mouth me!Brock is sore because I had a lengthy conversation with him about the ethical responsibilities a broker has to his clients.Rather than simply learning from the mistake of trying to rip someone off, he criticizes his clients to their friends.Not very smart, and it earned him this review.I should have gone to the California Association of Realtors to file a complaint against his license at the time, but I let it go.If I hear anymore from him though, I will be happy to file that complaint. Buyer, or seller, beware! 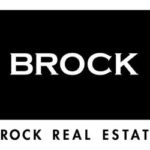