This is an archive of a consumer complaint published against Bryan McVay at DirtyScam.com-

I feel like I need to let everyone know about my experience with Bryan McVay of Direct Mortgage Funding.He is an unethical crook and I warn anyone that is thinking of doing business with him to think twice before doing so.Bryan contacted me about refinancing my mortgage and what he said sounded good so we decided to move forward with him.What transpired was 4 months of him saying one thing but doing the other.His lack of knowledge about the what he was doing was startling because he seemed so confident in what he said but constantly gave us the wrong information.I am not sure if it is because he is a liar or if he just doesnt know what he is doing but either way he should not be dealing with peoples finances.He told us he could get us a particular loan program no problem and after sending him documents, he told us 3 weeks later that the program was actually not available.Keep in mind I paid $500 for an appraisal already so I was starting to get nervous.He assured me not to worry and that he would get the loan with another lender so we went with it. We had to pay ANOTHER $400 for an appraisal and again, a few weeks later he switched the program on us again.At this point, I wasnt going to pay for another appraisal so we ended up going through with a program that was completely different from what was originally promised.Not to mention that the interest rate that he promised us was nowhere near what it was.All throughout the process he acted as if nothing was wrong and he never explained to us exactly what went wrong.We will never work with him or his company again and would advise anyone that is looking for a mortgage to look elsewhere.Bryan McVay is a liar and a phony. Stay away, you will thank me. 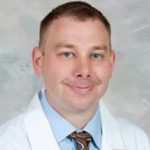