This is an archive of a consumer complaint published against Butera James CPA at DirtyScam.com-

Mr. Butera James CPA was unreliable, uncommunicative, and let me down at the absolute precise moment that I needed him in my case.Both myself and my attorney tried to contact him numerous times when we were hoping to settle a case, and after not getting a response, I emailed him directly to reiterate for the 3rd or 4th time how time was of the essence and that we needed to hear from him about certain data points for our case.He had been hired MONTHS prior. Just prior to an important hearing for the case, I reached out yet one more time (in desperation) and found out that he had left for vacation and would not be returning for THREE WEEKS!I could not believe what I was hearing. Simply could not believe it.He produced nothing for me, took months and months to even get him to do anything at all, and then he bails to vacation without contacting me or my attorney, despite our various attempts to contact him.In my opinion, this simply makes him incompetent, on top of unreliable. I would not wish this man on my worst enemy.On top of the sizeable retainer that I gave him, he claims to have racked up hours that totaled $9,000+ according to their “records!When I refused to pay the additional $4K+ since he did not produce ANYTHING for our case WHATSOEVER, and and then was so egregiously and ridiculously unreliable, and hence incompetent  he took me to COLLECTIONS!!!I am considering a small claim to reclaim my retainer, and I will be filing formal complaints with every association that governs, oversees or licenses this mans work.He cost me tens of thousands of dollars with his lack of professionalism in my case, and is now gouging my credit score by taking me to collections. The gall.There are thankfully MANY avenues to tell this story nowadays (thank you internet and social media!), so I will make sure to tell whomever will listen to my story.This is just wrong, unprofessional, and in my opinion, unethical. HE DIDNT PRODUCE ANYTHING AND IS NOW TAKING ME TO COLLECTIONS, PEOPLE! you all need to know that.I recommend that you stay away from the entire firm  Id imagine its a culture there! Or, let the buyer beware. 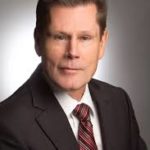