This is an archive of a consumer complaint published against Canter Brokerage at DirtyScam.com-

The Canter Group made an offer on my property to build on, and had a three month escrow.They subsequently asked for extensions in order to complete reports (environmental, soil, etc), to which I agreed.After tying up the property for many months they threatened to cancel unless I paid for more reports.When I declined, I asked for copies of the reports they had completed (which was stipulated in our escrow agreement).and was told Canter had never had any done. Not honorable. 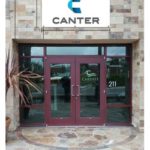