This is an archive of a consumer complaint published against Capital Concepts at DirtyScam.com-

I was told they could close a loan by January 22nd. I called one week before my closing and they said that they wouldnt be able to close because they werent licensed in Texas to make home loans I was surprised to say the least.I had already spent thousands of dollars on this deal which was nonrefundable, I had already ask the seller for an extension and now they wanted me to ask for another extension and couldnt give me a closing date.I looked into their history and found out that since the state has required licenses they have let their license lapse three times roughly 50% the time.I also found out that they knew their license had expired and couldnt close weeks before they told me. 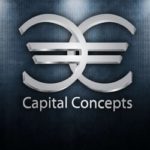