This is an archive of a consumer complaint published against Carbon Health at DirtyScam.com-

Yikes. Between a delay on submitting to insurance, an awkward interaction in the room, taking care of the patient, and just general courtesy, save your time and money and go somewhere else.Lets start at the beginning: Walked in and checked in all fine and dandy.A nurse came out to get me to do the basics on getting my vitals and asking about shots which I agreed to getting (more on that later).The nurse felt almost unsure of herself in what she was doing which you can only imagine what it made me feel.After that, Mr. Burrell came into the room and let me tell you, it was one of the most distant, disconnected, and uninteresting conversations Ive ever had with a doctor.I felt like instead of wanting to get to know me and my habits to better evaluate my health, the questions had a feel of “this-is-what-I-learned-to-ask-in-medical-school-and-I-wont-deviate.The discussion was so shallow, I feel like I got absolutely nothing out of it. Nothing.After a less than stellar interaction with the doc, the nurse came back in to do the shots.Usually nurses ask if youre right- or left-hand dominant and do the shot in the opposite arm so you can write and go on about your life with minimal impact.Well, not this time. Im left-handed but thank you for assuming that Im right-handed like the majority of the world.I wasnt able to write let alone type for a day and a half. WonderfulAs if that wasnt already enough, once the appointment was over (finally) the nurse had left the room with not so much as waiting for me to gather my things or AT LEAST giving directions to the exit.So I spent a good few minutes wandering around the office until I found the exit.Its such a small thing but it greatly impacts the appointment.The next part is my partially bad and I 100% take accountability for my side of it.Because I got NOTHING from this interaction, I decided to go elsewhere for checkups.However, because Carbon is so slow, the other office submitted their claim first and thus got the insurance.I find a nice little invoice from Carbon saying that Im being charged $200.Okay, I understand if it isnt covered by insurance its $200 and I wouldnt be mad if I actually got something out of it.However, as stated earlier, I didnt get anything out of if and now Im stuck for paying $200 for one of the worst experiences Ive ever had in a doctors office. 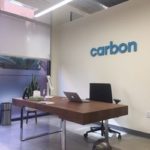