This is an archive of a consumer complaint published against Carnes Zack & Associates CPA Cfp at DirtyScam.com-

If you want to save yourself aggravation and money, hire someone other than Carnes Zack & Associates CPA Cfp in Kennesaw to do your taxes.He is unprofessional, will make you pay more taxes to the IRS and Georgia and charge you $1500.After the first meeting, Youll never be able to talk to him as he speaks through his sister Cathy and his Mother Betty.He does not return calls personally. He also has his college aged nephew balancing business accounts.I should have ran after my initial consultation when he showed up in a dirty shirt, sweat pants and no shoes.But he seemed nice. He said that he had Autism and didnt like to wear business clothes.In our initial meeting he was more interested in talking about his medications and health problems versus our tax needs.I know that most people with Autism have a high IQ and I try not to judge a book by its cover but I should have listened to my intuition.Its now been 1 year later and the negative ramifications still haunt me on a daily basis. It was the worst tax experience of my life.He immediately insisted on amending previous year tax forms making me owe thousands of dollars to the IRS.I have since found out that was unnecessary. I called his office to ask him to re-amend them to their original state and he has refused over an over.We also set up a payment plan for him to auto deduct payments from our account and asked him to call us the day before so that we could make sure money was in the account.He didnt and our bank account over drafted several times.To me I feel like his allegiance belongs to the IRS and not the taxpayer.I hope that this saves someone else from the horrible experience. 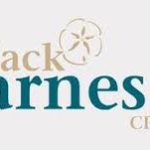