This is an archive of a consumer complaint published against Carol Shear  Keller Williams Capital Partners Realty at DirtyScam.com-

Carol Shear and her clients were shady. She had the audacity to come to closing and ask us for a favor for her clients. It was laughable.Her clients were supposed to get us written receipts for repairs per our signed contract , and the day before closing she told our realtor to “get them ourselves. How professional.When we did our own research, we found out the reason they werent providing us one receipt in particular was because they hadnt paid the bill.So just be honest and tell us that?! We called the company and the worker stated the realtor just called him and was trying to get a paid invoice from him but he refused b/c he hadnt been paid.They ended up cutting the company a check at closing.But there was so much unnecessary runaround it was ridiculous.This realtor also sent us a snarky video from her client.When we did the final walk through, one of the items appeared to not be working.It was notated on the inspection report AND our signed contract to have it fixed.They never told us it was fixed or worked for that matter.So when we did the walk through we followed up.Apparently the eye roll video they sent us of it working now was necessary? They couldve been courteous or professional enough to simply tell us it worked.But these were the type of people we were dealing with.We also discovered one of the paid receipts for repairs was falsified.They had a company come out for a free estimate.Then the homeowner went to their store and purchased parts to do the work himself.The problem is the homeowner attached an estimate & receipt together making it appear the company did the work and they paid them.They shouldve told us they completed their own repairs. Super misleading and deceptive.The repairs are failing now bc they werent done properly, and some werent fixed at all (even though they signed a contract stating they would).Now were paying out of pocket to have them fixed correctly.I wont even go into another company invoice they gave us that we questioned and received pushback.The companys owner ended up coming out to the house b/c he indicated to us there was no record of work being done by his company.Meaning the worker never submitted the invoice to his company and pocketed the money, and/or the homeowners knew him.In my opinion this realtor was as bad as her clients.There was another item in the signed contract they refused to fix, and the realtor said they werent doing it.We were so sick of dealing with the realtor and the sellers at that point.Additionally the owners left black carpet hidden under their furniture. It was absolutely filthy.On top of that, they left trash in the basement and the garage. All around disgusting.These people just did not take care of their home and it shows, especially now that were moved in.If you do business with her or her clients be very careful.Our realty company reported.Consider yourself forewarned. 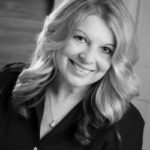