This is an archive of a consumer complaint published against Catalano Caboor & Co at DirtyScam.com-

My fiancé and I were referred Catalano Caboor & Co to get my taxes done.I called to make an appointment and didnt have the name of the accountant my co-worker referred me to.The receptionist was very unwelcoming and acted like I was bothering her by calling.But, I got his information and called back and again, same reaction.Would have loved to give Dave a shot but apparently new business isnt welcomed. 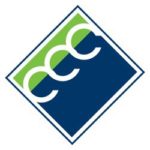