This is an archive of a consumer complaint published against Century Communities at DirtyScam.com-

Buyer Beware is all I have to say! We came to Century Communities in good faith to build us our dream home and then we would move to Utah from Arizona.As you know, we were promised by Jason of Century Communities, what we consider to be a verbal agreement, to be in our house by Christmas 2018, and then the end of February/early March.We are very displeased with the services that Century Communities has provided to us in building the house in Saratoga Springs, Utah.We officially moved forward before August 4, 2018 and were told by Jason of Century Communities that we would be in our new house by Christmas 2018.We have just recently been told that Jason is no longer with Century but what he promised us should still stand.I asked Jason for a project timeline at least 5 different times but he kept promising that we would be in our house by Christmas which we were very much looking forward to.In fact, we were not told that the date was going to be pushed out until after Christmas until we put down the nearly $14k to pay for the 25% of options, we picked out for housing upgrades which timing seems very suspect to me.We last heard a date of March 15th 2019 and now it is targeted for March 31st, 2019.It seems as if that will not happen now since framing has not even happened and Tiffany has said that it takes 90 days from framing and the wood isnt even there yet.For us to move forward with this house, we require an addendum to it.We want you to know that we have put our lives on hold with this whole building process.Moving states is a huge change in our lives. This affects all of us in our family.My children have greatly been impacted by this.My daughter, a sophomore, was not able to do the two things she loves: student council and the drama shows.We told her were moving in December so it would not be responsible to take a spot knowing she couldnt keep her commitment.Now what do we tell her? She could have done these things since it seems our move is not happening this school year.She missed out on something she enjoys doing and loses that on her high school transcript for colleges to see.Also, guess what time high school students get to pick out their courses for the next year? March.So now my daughter and son will not get to have first pick of the courses they want because they will not be in school in March because our house wont be done.Did you know the driver licenses laws in Arizona and Utah are different? Utah requires new drivers to take a Drivers Ed course before getting their license.Most schools in AZ dont have a Drivers Ed course.So now my daughter will not get to drive when shes 16, because she will now have to wait until the fall to take that course.These are heartbreaking things to a 15-year-old. My boys have missed opportunities to be on school teams, community teams, etc because once again we thought we were moving.It is now January 21, 2019 and we dont even have the framing done on our house.This is very frustrating to our family since this is the 3rdhouse that we have built and we have never had a worse experience in building our family a home.We are moving from Chandler, AZ to Saratoga Springs, UT so there are many logistical items that we have to consider by moving out of state.This significant delay has had many impacts on our lives including school, work and life decisioning.We went up the chain of command to the president in Utah but he was unwilling to compensate us anything.I called their corporate headquarters but no one ever even called me back. It was really like, we are a huge builder, we have your money, you have no choice and we are not going to do anything for you to make you feel like we are not screwing you.The only good thing I have to say about Century is that they let us out of the contract and reimbursed us our money.I would not build a house with them unless they were the last builder on earth. Good riddens! 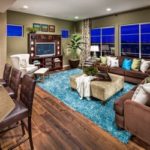