This is an archive of a consumer complaint published against Chagpar Latiff CPA at DirtyScam.com-

Incompetent and unprofessional! Chagpar Latiff drafted my return but the refund was almost $1000 less than TurboTax, plus he had his $400 prep fee.I gave him ample opportunity to find the discrepancy but he was too lazy and asked me to do his job and find the difference.After exhausting myself for nights doing his job, I found he made several egregious mistakes.He then tells me to file extension while Im getting late on my other payments waiting on my refund that I started with him in February.Finally, I told him since its late and he is still has not corrected, I have to go with turbotax.This is when he went ballistic on me and angrily told me to pick up my originals next morning.Ten minutes later, he calls me and tells me his assistant gave him a great idea to charge me $125.Now, he is holding my originals hostage until I pay him in cash.Since its Apr 11, I have no choice but to pay even though i never used his services.I have not problem paying the fee if he had told me about and we agreed to it previusly.For him to make up this fee for some sort of revenge shows how small and petty he is.Its just business, why would I take a $1,400 loss just because he is incompetent at his job?Unbelievable, up until his unprofessional yelling at me to get out of his office I was actually considering to use him in the future.Initially, I reffered others to him. I just found out he snapped at others recently as well.Blackmailing me to pay or holding my docs because its close to deadline was bush league and uncalled for.Yelling at customers on top of that and patronizing me that hes “older than my father was cherry on top.Incompetent + serious anger issues = unprofessional! 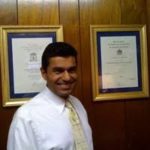