This is an archive of a consumer complaint published against Charles Bryan CPA PA at DirtyScam.com-

Charles Bryan CPA PA is interested in NOTHING but the profit they make off of you.My husband went there for our first time off a recommendation from a relative (which after this incident, they reconsidered their business and took it elsewhere.INCLUDING the relatives I referred) thinking that this would be a perfect fit.The first mistake was that they took 3 weeks to even LOOK at our taxes.We called patiently waiting to hear updates and after no returned or answered calls I started to get a bit frustrated and called several times one day until they answered.They finally called back and assured us they would be starting on it right away.2 days later we got the phone call that everything was completed and all of a sudden we get a ridiculous number for our fee that we were not told before.And a breakdown of charges, a few changes they made on my taxes WITHOUT any approval from myself nor my husband.Initial consultation we spoke with Maria, who told us a ballpark range, which was half the number theyd given us.She told us she was not in charge of billing and that Renee was.So I asked to speak with Renee after hearing about my expensive bill.Renee told me Maria generates the billing, and the number Maria had given me was different and would never do that, and then she gave me another number that was in the middle of both.After careful consideration and unanswered questions, Renee told me to refer to the owner.I waited 6 days before he finally called me. He was the most condescending human being I have ever come in contact with.Told me to go lenient on one of his employees because theyd only been there for two yearsSeriously?  He also told me the reason it took so long is because they have corporate taxes theyre busy on, at this point I had 3 weeks until the deadline to file my taxes.He suggested an extension which would also be an extra fee. After finally finishing the problems I had had with his office he proceeded to SUGGEST that I should take my business elsewhere.I wanted to reject my taxes and do them myself, however my husband went on a limb and paid them the outrageous fee to save time, and now theyve just told us a week later it will be another 4-6 weeks before we receive our refund because they were too focused on the big dogs instead of completing a return that was handed in a month prior.Not worth the stress and definitely not worth the money. 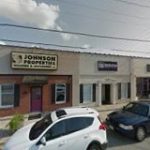