This is an archive of a consumer complaint published against Chris Chambers  Guaranteed Rate at DirtyScam.com-

Worst rental agent ever. I feel awful for whoever hired him to get their condo rented, because it looks like a great unit.However, with Chris as their agent, itll never get anywhere.We tried to get a tour set up, and even were ready to sign without a tour, but never got to.We reached out with 10 phone calls, 2 voicemails, 3 emails, and a text, and by the time he got back to us 5 days later with a copied and pasted email response that addressed NONE of our concerns, we had already acquired another apartment elsewhere.Appalling. 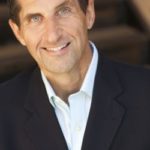