Unfortunately, I know Dave personally through business networking and used his services a couple years ago because he was a colleague.I needed to go back because my taxes were done incorrectly and he was willing to help fix it.Just to get a hold of Dave was next to impossible. They moved offices and  changed their email addresses without notifying their clients.Let me go backthe first year that Dave did my taxes, it was great. Fairly simple return and I was done.Fast forward a couple months after that return and I get copies (of what I thought were my tax return) in the mail and it was someone elses. -_- Thats a big mistake in my book.If I have someone elses returns..then where were mine? I called the office immediately and got his secretary, Sylvia, who stated that she can reprint a copy for me and I can either shred those or return them back to the office.I didnt mind that at all to drop it off since these were someone elses private information.Id hope whoever had mine would do the same (never found out what happened to my returns).After that incident, I went somewhere else to do my taxes the following year.Now this year, I found their new location and called Dave to amend some taxes that were done incorrectly.He took my appointment and was willing to help out.His secretary has always been difficult to deal with since she speaks to you like youre a child when all you want is a simple question answered.My 2016 taxes are now done but there were a few things that were left for follow ups.I should have taken my time but on the day I had my taxes done, I felt like I was being rushed since I was the last appointment (and told multiple times that Dave is staying late for me) so I just did what I needed to do that day and figured I would email him later since it wasnt time sensitive.Now its May and I needed some information from Dave. I called and emailed and didnt get a phone call back.I called again and told Sylvia this was urgent and two days later, Dave called me back.Our conversation was brief and he answered my questions, however, he felt like he had to mention multiple times how busy he is and give me a play by play of his daily schedule.I do not like to be made out to be a burden. And I dont like to know about other peoples business; especially when it comes to money and how someones situation may be compared to others.My taxes are my personal business and even though I have simple returns, I feel it should be kept between the CPA only.Those are my two biggest concerns with this office.  Personally, Dave is a great person.Business-wise, I dont feel like he cares about his clients.I lost the trust of Dave when his office failed to hold accountability for their mistakes.It baffles me that he would still allow this behavior and not have a stronger work ethic when he attends networking groups to gain more business.Conversations on the phone are brief and although he may seem knowledgeable of the subject, I feel the execution of his work is lacking.Youre left with a feeling that youre bothering him or he is simply too busy, you need to wait your turn.As a business colleague, I wish him the best. As a client, I will find someone else for the next tax season. 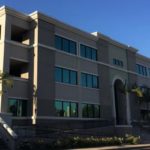