This is an archive of a consumer complaint published against Citizens Bank at DirtyScam.com-

Citizens Bank should be avoided. Their fees are numerous and high, and they use dishonest trickery to get their customers to pay more fees.My experience is instructive: I had been a good customer for six years, but because of a confluence of events, PayPal pulled money out of my account right before three checks came in to clear.That was right before a holiday, and Citizens was closing early even though the day before the holiday was not a holiday in itself (they shouldnt have done that).As a consequence, I couldnt get money into the bank to cover the checks.The checks then came in to clear in the order of smallest to largest, and I should have been charged one $39 overdraft fee; but Citizens re-ordered the withdrawals from largest to smallest so that I was charged three fees.This is what I mean by “trickery. Only the greediest banks use tricks like that to raise money from their customers.If you are looking for a bank, you would be better off at a savings bank or credit union. 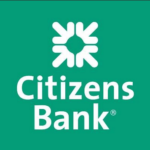