This is an archive of a consumer complaint published against City Auto Sales of Hueytown at DirtyScam.com-

STAY AWAY from City Auto Sales of Hueytown dealership. Plus  if I were a woman visiting alone, the cast of characters that hangs around there as it gets dark could be off-putting.While one can expect a “stretching of the truth from used car dealers in general, there comes a point where the number and magnitude of the lies is too much.My situation: I was looking to buy a late 80s Mercedes Diesel Wagon and found one online at City Auto Sales of Hueytown.The pics looked good and the description was of a first rate, well maintained car.Not being from AL, I decided to find out as much as I could by phone before making the trip (long distance across state lines).I called and spoke to a salesman (lets call him Mitch H.) Mitch H. went on to rave about the car and I became very interested.Over the day I put together a list of questions to ask M.H. I called repeatedly  each time I had another group of questions  stressing the fact that these were very important points for me.If I was to make the trip, I needed to know the honest answers to some very specific questions.Mitch H. assured me that he was being 100% honest actually saying “there are enough dishonest salesman out there  thats not who we are here.Wow  what a crock of BS as it turns out.Having been convinced (by Mitch H.s answers to my questions) to make the trip I was shocked at the difference between his answers to my direct questions and reality.Here are examples of a few specific questions asked before leaving for Hueytown, Mitch H.s answers, and reality at the time of my test drive:Q. (Me) Does the cruise control work?A. (MH) Yes  no issues. Fact: Even on the test drive the cruise control didnt work and, after having contacted the previous owner, I discovered that it hadnt worked in years.Q. Does the sunroof and all the power windows work?A. Everything works 100% Fact: During my test drive the rear passenger window got stuck in the down position and wouldnt return without lot of aggressive pulling and prodding. Motor and rail had to be replaced. See below for sunroof.Q. Does the radio work?A. Yes Fact: The motorized antenna did not work and would not extend. The seal where the antenna passes through the body was missing and water had pooled in the space below. Radio received no stations.Q. Do all the doors work properly?A. Everything perfect Fact: Rear hatch door does not stay up. The electric/vacuum door lock system did not work at all.I did purchase the car, however. I had access to the same make and model as a parts car near home.None of these “discrepancies (and other things) were the deal breaker at the time because I figured I could pull the pieces I needed and end up with a good car.The following are a list of questions asked (before heading out, M H.s answers, and the facts as they became known to me on the drive home and after arriving home.Q. If I purchase the car, I will need documentation and permits to travel to my home state, can you provide these?A. Yes, we have all the documentation you require. Fact: I checked with the Alabama DMV and there is a special permit required for interstate travel with a new or newly purchased used car  available from the dealer.City Auto Sales of Hueytown would provide no such thing  just a cardboard plate and a piece of paper for when Im stopped by the police. It was the receipt for purchase  not a proper permit.Q. How many owners has the car had?A. We got the car from the second owner  hes owned it for the past 8 years. Fact: City Auto Sales of Hueytown got the car from the 4th owner who had it for 4 years.Q. Are all the door and sunroof seals tight? Does it leak anywhere? (Mercedes sunroofs are notorious and expensive to repair).A. Everythings tight. Fact: When I got home I removed a rear seat to access a piece of equipment  it was sitting in a 4 inch deep pool of water that had been formed in a compartment.The whole carpet on the rear passenger side was soaked and rusty under the padding.Also  in the first rain, water came gushing onto my sons lap in the front passenger seat when I came to a stop.Close inspection revealed that the seal around the sunroof was, in fact, split into 2 separate pieces and lots of water was getting in.Sunroof worked exactly 1 time  during the test drive.After that, on the next use (during the drive home), one side stuck and would not return properly.Ive since discovered that one of the side brackets was broken  and the missing piece was nowhere to be seen.Q.The pics of the dash look good  whats the condition?A. The previous owner replaced the dash  its brand new. Fact: There was only a new, inexpensive dash cover installed. It constantly needs to be snapped back into place.Conclusion: Unless you are 100% confident with your ability to cut through the lies, and you know an awful lot about the car youre interested in.I should add that MH did get the color and make/model correct. 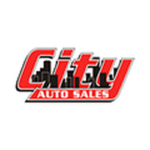