This is an archive of a consumer complaint published against Clayton Homes at DirtyScam.com-

Sounds like many have had similar situations as us with Clayton Homes. We had our land under contract in April and purchased a house that was completed on the lot that same month.Our financing was already in order and we were told that the house would be set and complete by the end of june beginning of July.Well it is now march and this project has still not been completed.They drag their feet on everything, dont return calls or emails and there is really no way to hold them accountable.My wife has gone through a complete pregnancy during this ordeal and now they are telling us that they plan on completing and closing on the house on May 19 which is seven days after the commitment from the bank expires!They are nice enough people but they should not be running a housing business with their lack of motivation or skills to complete the process. 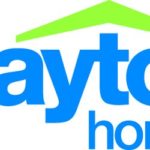