This is an archive of a consumer complaint published against Clear Creek Tax at DirtyScam.com-

We received a call from numerous tax lawyers and went with Clear Creek Tax.They explained their process and that it could take a while, but they would stay on top of it.Also, that if it was denied, which is common, they could appeal and would be assigned a specific agent to stay in touch with.We agreed and signed a contract for $4,000, which in the contract states that it covers “all services, present and future.We were denied any abatement, so now to move forward, they want another $1,000.For a chance at the IRS refunding my money?  If you want to throw your money away with people who dont comply with their contract, go with this company.I shouldve researched better. 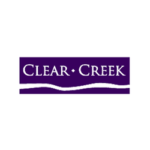