This is an archive of a consumer complaint published against Clear Lenders at DirtyScam.com-

What began as a promising relationship for home refinancing turned terrible for a company spoken of as “outstanding.I was contacted by a lender at Clear Lenders named Ed who began the process of refinancing my home along with an associate named Tony.After discovering my credit score which I told them initially may not be good, Ed ceased phoning me again and ignoring my emails even to say he could not help me.I have done business with many companies, but have never been treated like this one.A letter of explanation of the denial would have been much appropriate and appreciated rather than to simply take my information not knowing where it will end up.I now wonder if Ed or Tony are employees of this company or was I duped in trusting them with my information? Be careful! 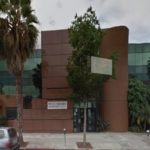