This is an archive of a consumer complaint published against Cleo Hickman at DirtyScam.com-

This was the worse tax experience With Cleo Hickman I have ever had.There were some medical and family issues that occurred leading up to April 15.That would have been understandable, but there was no communication AT ALL.And they continued to take on new clients after the incidents.I was advised to not come to the office on April 15. I did and camped out until @ 10:30 pm.My extension was improperly prepared and I paid the IRS $7,000+ that was not owed and $200+ to the state that wasnt owed.A few days later I discovered their error on the extension and went to pick up all my paperwork as I lost faith.They wanted to charge me $50 for their services. Incredible.I cant believe they even felt justified in asking. 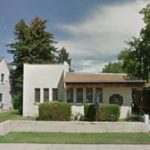