This is an archive of a consumer complaint published against Coastline Properties at DirtyScam.com-

We had a horrible experience with one of Coastline Propertiess agent Peter Perez, I have never spoken with someone so unprofessional.I called as a courtesy about one of his listings.The lawn is completely over grown, the lights are on in the house, and the fire alarm had been dying and beeping for the past month.We have a HOA and I did not want them to get involved just was calling to see if he can take care of his property.As soon as I asked I was accused of calling him before and that I was a liar in denying that I had not spoken with him before.He then proceeded to say it was not his problem and to deal with it, at that point my Husband jumped in because he was being so rude.We then were accused of harassing him because we had supposedly called him before and he then proceeded to cuss out my husband.I have never been so appalled about someones behavior especially someone who works in sales.This is a reflection on Coastline properties management and is going to affect their future business if this continues, someone who is so disrespectful and unprofessional should not be working in such a people driven career. 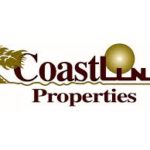