This is an archive of a consumer complaint published against Coldwell Banker Bain of Lake Union at DirtyScam.com-

Kip White, an agent for Coldwell Banker Bain in Seattle WA, did not represent me specifically as an agent; however, did represent an acquaintance.I became in direct communication with Mr. White after he mistakenly placed a real estate sign on our property and broke a sprinkler pipe.I initially called Mr. White regarding the issue/situation for resolution. Mr. White started in a professional ethical manner agreeing to the circumstances from the sign even before doing any personal investigation or seeing any documentation as proof.Mr. Whites response (quote: “Charles, I have no problem taking care of the matter.This happens much too often.) Mr. White even broke down the cost of similar situations.Mr. White was also very accepting of the cost even before seeing any invoice for repair.Unfortunately, this was the end of the professionalism. I spent roughly a month trying to get Mr. White back on the phone with me.He would never respond and (of course) no payment was ever made for the outstanding bill he agreed to pay for the sprinkler repair in the beginning.This was a very simple issue to resolve. I constantly had to use my time and reach out toward Mr. White for resolutions.In my opinion, incompetent, unprofessional and clearly unethical is my description of him. “Remember, small actions cause lifelong consequences.I would have provided no stars if possible. If youre looking for a professional Real Estate agent, call Brian Steiner from Windermere. 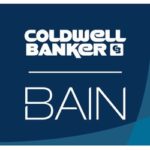