This is an archive of a consumer complaint published against Coleman Furniture at DirtyScam.com-

It all began after we selected the bedroom set and ordered it at Coleman furniture. We were told that the delivery would be made in a week. We had just shifted from a new place and had to do everything all again. The house that we purchased needed so many other furniture. But we started with the bedroom set.I am a working mother and have two children. The house is on loan and there are other so many other responsibilities I have to take care of. When we heard that the company is decent, we wanted to make sure that the prices were reasonable too. When checking the bedroom set, we had to go a little extra from the set budget because we liked the design so much.However, it all turned out to be very bad experience. First of all, the furniture did not arrive on time. The cupboard twice had dent and the entire order could not be sent because of that issue. The delivery center told us that the cupboard was damaged during the shipping and that was the reason the delivery was cancelled in between twice.After a month also, when there was no delivery, I contacted the delivery center again. They said that the cupboard is still is process. But the bed and side table were okay and if Coleman approves the split delivery, those two can be processed. To this, I called these guys and checked if something like this can be done.However, my request was denied. They did not even care to apologize for the delay. All they said that we do not prefer split delivery as it takes extra man power and cost to send the items twice to same address.Later, after weeks of calling them, I received my order in 45 days. I thought it is all well when it ends well. But it was not the end. The bed and the cupboard were damaged. This was not because of the shipping though as there were bubbles on the furniture. The bed also started breaking from places after a week of use.I called the customer care and they told me that they would be able to replace everything but for an extra cost. And, I was shocked to hear that amount. They said that they would charge me another $700 for doing everything. Moreover, I did not have any clue about the kind of stuff they would send the second time.So, I asked for refund and requested them to take their stuff out of my place. I did not want to use anything from their store. But they refused.I wanted to talk to the supervisor but he never came to the phone. I was told that they do not work that way. They had sent me something that I wont be able to use anymore. They even told me that it was my fault that the bed broke. It isnt true. After the bed was installed, I sent them the pictures of the bubbled furniture through email and on phone as well.For a week, we did not even used that bed as we wanted it to be exchanged for another one. It does not have mattresses on it. It is exactly the way it was before. Broken and not at all in a condition to be used. The cracks on the bed started to occur on its own. Or, they may have been there just started looking more obvious. Whatever the reason was, it was their responsibility to get me the kind of stuff I paid for.My budget is very limited. I am on loans and have been taking care of my kids alone. I have got no one to support me. There is nothing much I can do to get a new one for me. I cannot even sell this filth to anyone else. It wont get me $500. If I tried to sell the entire set as well.These all problems were too much and they even refused to help me. I even tried to place my reviews on their website but those were deleted. I believe they do not like to hear the truth. Moreover, I checked the other places to find more reviews about the company and checked that Coleman furniture has a history of cheating clients. I was no different.I am sure they are not planning to give back my refund. I also know that they can do nothing for the bedroom set to mend it as its completely made of garbage. I cannot get it fixed because it would cost me heaven as it needs its every piece changed.And, I do not have that time and money to get a new one for me. Repairing is out of question. So, I am stuck with this bed inside my room, waiting for someone from Coleman to come and take away this scrap. If dont, I may have to throw it away for nothing.But the way these guys have cheated me it seems that they already are experienced in accomplishing such fraud. There is no way I am ever going to order my furniture from them. These guys are crooks and everyone working with them has no empathy for anyone. I am sure what they show to the customer is not real. They do not deliver what they promise. These people are scumbags. Sorry for the language, but nothing decent can explain them better.I have cried so much after realizing that I am in such a big problem. I have no bed in my house, I cannot go anywhere, my job is hectic and I am completely stressed. The money that I saved for the furniture is all gone. I may have to wait few more months to afford such furniture. But these guys wont go spared.I will keep calling them until they provide a resolution to me. 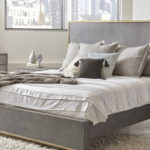