This is an archive of a consumer complaint published against Columbine Federal Credit Union at DirtyScam.com-

Columbine Federal Credit Union sucks! So I got a motorcycle a few months ago through them.I recently got a credit card with another institution that offered 0% apr and flier miles so I called them as I normally would to pay my bill.There computer system has never let me sign on, I had told them this but it was never resolved so I call in my payments.I told Lauren I wanted to pay off my note. She told me I had to go to a local partner credit union to do it.I did and they wouldnt accept payment as a credit card. I called Lauren back and she put on a gentleman whose name I dont remember.He told me the issue was that “he wasnt making anything off me if I paid it in full he told me I could pay $1000 a month or if I wanted to pay it off, he would have to charge me a $90 fee so he “could make something I said ok.He told me he ran the card and Id be getting a receipt in my email. A week later I hadnt gotten an email so I went to the actual Credit Union.Wes Wesley told me that he would run the card the next day bc he didnt have approval for such a large payment.I told him I just want to make sure they know Im not, not paying my bill, to which he said “Im not worried about that I gave him my number and asked him to please call me if there were any issues.Its been another week and finally I get a call from CFCU. to tell me my bill is overdue.Wes looked me in my eye and told me hed help me and call me if there was an issue and NO ONE has ever called me to help me pay my bill, only to tell me its over due.Now Ive lost the promotion for free miles so Im just going to do a balance transfer because I dont want to be in business and will never be in business again with this financial institution. So long free vacation miles thanks Columbine! 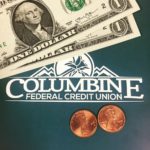