This is an archive of a consumer complaint published against Compass Home Lending at DirtyScam.com-

I found Compass Home Lending through bankrate.com, and the person who answered the phone was not very helpful.He had me speak with Jacquelyn Nguyen, and she seemed pretty knowledgeable and thorough.I wasnt ready to refinance at the time and decided to hold off for a short period.A few months down the road I called Jacquelyn when I was ready to refinance.We went through the entire process and hit a few bumps.I initially had a credit score in the 800s when I first called Jacquelyn, and I didnt realize it dropped to the low 700s due to errors on my part during the time I waited to refinance.About a week before I was supposed to close, she told me I was going to have to pay an extra 1/8th of a point.She didnt recheck my credit and assumed it was the same credit rating as when I first called in.That was totally unexpected and didnt have enough time to dispute the issues with my credit card company.A few days later with a couple of days left to close, she informs me I needed to bring in an additional $15,000+ to closing.This was a serious oversight on her part.  I will never use this company again. 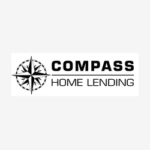