This is an archive of a consumer complaint published against Compass Tax Group at DirtyScam.com-

Compass Tax Group has aggressive sales techniques, which probably means they are here just to take advantage of a bad situation.When William called to ask if we needed help with our tax situation, I told him we had already retained someone.His response was “Good luck with that. I then asked to speak to his manager and Williams response was “I will let you talk to my finger meaning the middle finger.Jeremy then took the call over and tried to explain the aggressive approach.Then an “owner of this company called back and tried to justify the call.If a company is like this in the beginning, how are they going to treat you once you sign the contract and start down a long path.My guess is they are going to bill you to death. Beware. 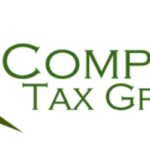