This is an archive of a consumer complaint published against Complete Financial at DirtyScam.com-

Unfortunately, I did not get very far in my taxes with Complete Financial because the very first thing I was asked for was my invoice from last years tax preparer (he obsessively asked me 3 times until I showed him).Then, without asking me any details about my situation (just a briefest of overview) and given I was not pre-interviewed for over the phone either, he quoted me a fee out of the blue right upfront, based off my tax prep fee from last year (which was from another CPA and my situation/history with this CPA was completely different).When I confronted him about how he set his fee, he was argumentative and said “thats a fair price! and I asked what it was based on since all the info he had was the fee from my last preparer (with some legacy charges in there from when I had a complex mortgage scenario) and he said “well, we have to pay our rent here!. O-kay.So when I said I expected a better fee given my taxes this year were less complex, and that I really needed the refund to be better this year, he actually said “yeah, everyone thinks they pay too much taxes in a dismissive tone.But the deal breaker for me was actually when I set that all aside and asked him to estimate what my tax credits would be for claiming my partner as a dependent since that was a new deduction for me this year (that my last tax preparer missed).He did nothing on the computer and ran some quick calculations (again based on my taxes from last year) and said Id save a little.When I hesitated and explained that I would accept it as fair to pay a similarly high fee if he had a lot more forms to complete to do this deduction (i.,e., he had more work to do as a CPA than a typical straightforward 1040) and if it paid off form me in terms of refund. At this he balked and told me “well he has to be good for something or you wouldnt have a relationship.That was NONE of his business and a very inappropriate comment. I walked out.While I can be empathetic to any professional who provides a service then has people walk out without paying, perhaps instead of being so concerned about setting a fee upfront (without enough information to do so legitimately) that he should re-examine WHY people walk out having decided to have someone else prepare their taxes (or use TurboTax).One cannot take the high ground when making inappropriate assumptions about clients previous CPA/tax years, and especially when making comments about client personal relationships.The good news is I just had my taxes done by B.O.L. Global on Geary — exceptional service all the way around (from the phone pre-interview to the full service CPA interview which was ALL completed before I was quoted their fee).I got even more refund than I expected I would be able to, and actually ended up paying $40 less than what I was quoted at this place.Save yourself a lot of headache and skip these guys. Very unprofessional. 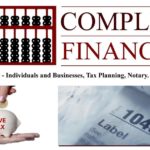