This is an archive of a consumer complaint published against Consolidated Community Credit Union at DirtyScam.com-

Dealing with Consolidated Community Credit Union is like banking in 1995.You cant do much without calling them, and when you do call them, their voice response system leads you in circles until youre finally routed to a real person, who then tends to know nothing.Things that are difficult but should be very easy:1. Travel notices: I called this morning and tried to update them on my travel plans so that I wont have any problems while overseas.After traversing the infuriating maze that is their customer response system, I got a representative who literally asked 10 questions to verify my identity, and which I answered properly, but then asked for my checking account number, which I dont keep with me.At that point, he stopped the conversation and said he needed to transfer me.Rather than getting someone else on the line, he routed me all the way back to the beginning of the process. Press ‘1 for frustration. I finally hung up.2. PIN changes: Completely non-existent capabilities. Again, you need to run the gauntlet of their antiquated customer service system and “hope to find someone who can help.Every one of my other cards either has a very easy touch tone process for making PIN changes, or allow you to do it in-app/online.3. Fraud Detection: While I understand and appreciate a credit card company watching out for me, I cant tell you the number of times that theyve put a hold on my card for no apparent reason.Their fraud detection system seems to be super-sensitive.There have been way too many times that Ive been embarrassed in a store because my debit card was declined, with no attempt to even notify me that something was wrong.Then Im forced to call them to get the card unlocked. And of course when I ask why it was flagged, I get the standard “We dont know why our systems flagged your account, but let us ask you these 50 questions to verify your identity and then well unlock it for you.I have several other cards and never have the level of trouble with those that I have with the CCCU card.4. Checking account number: Almost every interaction with their customer service team requires me to tell them my checking account number.However, there is literally no way to find it, either online or on my statements.And since I dont use paper checks, I dont have anything I can refer to.And not having it handy completely throws their representatives for a loop.Ive finally had to resort to keeping it in my contacts list on my phone in case I need it.Its ridiculous that they cant verify my identity through other, more common means.5. Website: Archaic. Terrible interface. The login system is a disaster, and once you finally get past that, functionally, its almost useless.If youre thinking about signing up with them, think twice. These folks are in the banking stone age. 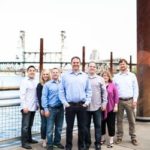