This is an archive of a consumer complaint published against Corporate Habitat at DirtyScam.com-

If you want to waste the first day or two of your trip stressing over where youll be sleeping, definitely use Corporate Habitat.When we arrived at our scheduled check-in time, the apartment was occupied.The doorman confirmed that it had been double booked, though he was unable to help us.We couldnt get ahold of Corporate Habitat initially, but they contacted us once we called HomeAway.They said that the current tenants would be out and a cleaner would be in soon, but that never happened until the next day.When we were able to see the state of the apartment, it was clear the previous occupants had trashed it.CH booked us a night at the Crowne Plaza in Times Square, but the charge for it was put on my credit card.Additionally we had rented a van to haul all luggage and equipment necessary to travel with a 9 month old, and we needed to keep it an extra day as the apartment wasnt ready at our reserved time.Neither the extra day of the rental car nor the valet parking necessary at the hotel have been reimbursed.We were promised that the apartment would be ready by 11:30am the next day, and it wasnt.The cleaner finally arrived at ten to 11, and the apartment was ready for us by 5pm, though the walls were still dirty and scratched.The full size crib we were promised was actually a bare packnplay fresh from the package with no time to air out, making my daughter smell of chemicals all week.There was a leak in the bathroom that covered the entire floor. The air conditioning in the second bedroom broke two days in.The stove wouldnt light. None of the three TVs worked when we initially checked in, but with some cannibalizing from the others, we were able to get the one in the living room to work.Thankfully the things around the apartment were fixed quickly, though Im sure that has everything to do with the building management and nothing to do with Corporate Habitat.During the last days of our trip I contacted Avi regarding the reimbursement and he was refusing to pay for the extra day of the rental car and the valet parking, even though I had told his associate the situation with the van and no alternatives were offered.He has still refused to reimburse us for the costs associated with the van, and we have also not received our security deposit back, despite leaving the apartment in a much better state than we found it. 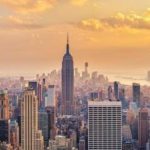