This is an archive of a consumer complaint published against Courtesy Buick GMC at DirtyScam.com-

Normally, visiting a Courtesy Buick GMC could be quite an experience. However, visiting online allows you to understand the competitive market in the surrounding area. My wife and I visited this local location before going out of town.After doing a diligent research online, we came to see one particular vehicle at this location. The salesman was very nice and aggressive at the same time.We didnt mind his approach.After a detailed inspection of the vehicle and the review of the carfax, we attempted to do a trade.Our cost to trade was deducted tremendously. We were told that impact related incidents caused the deduction.We decided not to trade and also not to buy. Being a local supporter of the businesses around us is a HUGE thing.We visited this location once more in the same pattern and wanted to see another vehicle. We had no intent to trade.It was an used SUV. Salesman, Mike, noticed me from the last visit and said he would be right with me shortly.Another salesman quickly approached and asked, “how much I wanted to spend a month.I did not respond to his question and I told him I was with Mike. This salesman later came out with keys to the used SUV.After giving a very detailed report about the used SUV with no mention of the carfax and/or any known accidents, he handed me back to Mike.After reviewing the carfax, the vehicle was in a severe front vehicle impact. “Mike later explained it has already been discounted for $19k with the knowledge of the severe damage.He said the owner hit a DEER, but he mentioned this was all he knew about the accident.He said they had repaired the damages at the dealership. I declined this offer, but the salesman was very persistent.He later came back and said they will take $500 off price. I told him my vehicle was evaluated here and was deducted tremendously.I politely stood up and exited the dealership, while I noticed another person following us out the door (maybe finance person).Mike made a condescending announcement and pointed to my vehicle and said, “Look thats the vehicle hes trying to TRADE! I drove off in disappointment.Here are the THINGS to consider: 1. The preparedness of your customers and their valuable time 2. Fairness: if your willing to take off more than $2k for a persons traded vehicle value; be FAIR and take off any and all $ value from any severe impact related to sellable vehicles associated with the dealer 3. Transparency 4. Customer ServiceI am disappointed in this LOCAL dealership provider. 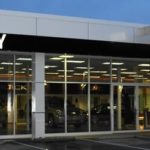