This is an archive of a consumer complaint published against Crawford Pimentel Corporation at DirtyScam.com-

I would not recommend these accountants to anyone. our ex-cfo hired this group to file our tax returns, and they were incredibly unprofessional. some examples:-they filed a tax-extension for us, stating there was no unpaid federal taxes, this was incorrect.-they did not communicate with me their process of starting the tax return forms. how they could have done the tax returns without full company financial documents is a complete mystery to me.-when I called to confirm that our ex-CFO had canceled their services, their top executive literally whined at me like a 4 year old that they had already started.-they charged us for partial preparation of our tax returns, but refused to give those documents to us.-they never called me back to respond to my numerous emails and phone calls requesting the tax documents that they had supposedly started.-every time I called the office, I talked to a different, completely unprofessional, confused and young-sounding girl. often I was transferred before I even explained why I was calling.I never once talked to an accountant or executive after the one man whined to me, even after I left messages on their personal voice mail.when we finally paid their bill, which was not broken down or explained in any way, I wrote a snail mail letter to them expressing my disappointment with their services. they never responded, of course.i should couch this with the fact that the issues were not only with this service, but also were due to miscommunications with our former contract CFO, who had made a number of mistakes handling this issue.So they dont deserve the full blame for our difficulties. however, their behavior when dealing with me was still quite unprofessional. 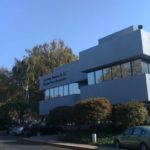