This is an archive of a consumer complaint published against Credit Union 1 at DirtyScam.com-

Thanks credit union one for the great experience, I will tell everyone I know how much you suck Sincerly. I USED to brag to everyone about how great Credit Union 1 WAS. I have had an account with them since I was 16 years old.I am now 26 and I tell everyone I know stay far far away from credit union one.There unprofessional teller who said her name was PAM most likely makes less than I do an hour but took the liberty to give me the rudest advice on managing my money.In 2014 I called them from the Lexus dealership on a Friday and they approved me for the full $44,000 no problem said to come in after the weekend to fill out paperwork, even had a voicemail from one of there personnel stating I had been approved for the full amount.So after talking to CU1 Lexus let me drive it off the lot. Monday was a holiday so Tuesday i called  Oh we didnt approve that loan.I spoke to 10 different idiots, went as high up as possible. Offered for them to listen to the voicemail, none of them helped or cared to fix THERE mistake.So I had to tell Lexus you can now take your brand new car that is now used back. luckily they financed me matching my payment and low interest rate i wanted.I gave CU1 yet another chance and moved my Lexus loan over to them since they offered me yet an even better interest rate.Well unfortunately that Lexus I bought was totaled in October 2016 I owed 29,000 insurance booked it at 21,000 so i was left with 8,000.Called credit union knowing i had gap insurance they claimed I DID NOT have gap insurance to cover that 8,000 but of course offered a bunch of ways to finance it, GEEE THANKS.After a week of crying and losing my mind over 8,000 I owed on a destroyed car. I called again spoke to 4 different idiots just to find out I DID in fact have gap insurance LIKE I KNEW I DID.Yet it took them months and months, probably 3 months to finish the correspondence with the people at GAP who pay your destroyed vehicle off.Meaning I had to make the $553 monthly payment to CU1.CU1 claims “Oh Gap takes a while So I took it upon myself to call Gap and tried to rip them a new one and complain and ask whats taking them so long they said they were waiting on a response and required documents from CU1 and that they we requested them weeks ago.I literally had to call CU1 and make them send the required paperwork right then and there i refused to get off the phone until it was done and then i told them I am calling gap after this call and making sure you guys sent it.They should of put me on there payroll for baby walking them through doing THERE JOB. I never used my savings account ever, No activity in years.Yet it seems like every other time I go through the drive up and ask to deposit my check into checking it ends up in savings because the tellers dont listen very well.I have a scheduled payment for my american express account to come out and do to pending charges I was short like 13 cents.MY FAULT so i got charged not once but three times a fee. Not once did they think to call me and notify me, no just keep charging me no problem right????So I refused to pay them anything until they reversed some of those fees as a loyal customer of 10 years , 4 car loans later, one motorcycle, credit card, checking that would be the least they could do.They again didnt so I refused to pay anything . so the $75 I was short on my C.C apparently gave them the authorization to FREEZE a $500 check for $75 payment ? does that make any sense. 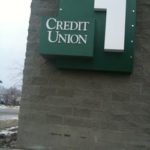