This is an archive of a consumer complaint published against Crestline Funding at DirtyScam.com-

NIGHTMARE! Our experience was nothing less than a nightmare. We chose Crestline Funding because I heard their radio ad saying that they do not charge points and ended up paying a point. Truth in advertising??? I think not!From beginning to end this was a total disaster. We would send information and everything would be quiet, as another has said, and then they wanted more.And this went on and on and on. They continued to blame one of two reasons for the constant delays: 1) their underwriter and 2) the patriot act.This went on non-stop for weeks and weeks and weeks. It was like we were the first customer they had ever had in their life.The left hand didnt seem to know what the right hand was doing. Escrow closed late in part because of their delays.We finally came to the opinion that their underwriter must have learned how to process a residential loan from one of those “Dummies books because they kept asking for more and more like they knew they needed something but not sure what it was.The account manager would then say that if we didnt give the underwriter what they were asking for then the loan might be canceled.Case in point, we told them we would NOT sign a document that made absolutely NO SENSE to us and was incorrect in our opinion.We were told that the underwriter might deny the loan.The very next day we were sent another piece of paper to sign that said exactly the opposite of what they wanted us to sign the day before and we would not sign. Just absolutely nuts!!There were SO many aggravations and delays and delays but we were so far in they had us stuck unless we really wanted to start all over again with another company.We have gone through seven residential home loans over a number of years and they were so easy.CRESTLINE FUNDING MADE IT AN ABSOLUTE NIGHTMARE.At one point I asked that the owner of the company, who is in the advertisement, call me regarding this awful loan process.of course, he never called.When people ask me what I would do differently if I started this loan process again I tell them, without any hesitancy, that I would GO DIRECTLY WITH A BANK !Why I thought this would be easier I have no idea, but it was such an awful experience.WE WOULD NEVER USE THIS COMPANY EVER AGAIN!This review is posted on the San Diego office as well as this Irvine office because both offices were involved in the account servicing of our loan process. 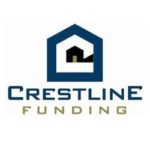