This is an archive of a consumer complaint published against Crestline Mortgage at DirtyScam.com-

Buyer & Seller BEWARE! Crestline Mortgageis unprofessional, unresponsive and unapologetic for their lack of accountability at all levels.The worst customer service I have received EVER. Made selling my house a traumatic and frustrating experience.The incompetent Ashley Hickmon was the worst mortgage broker Ive have had the displeasure of dealing with, from the disorganization, procrastination, unanswered and unreturned phone calls, the false promises and the straight up lies.The closing on my condo was delayed 30 days.Worst of all we were not notified of the delays until after my husband and I had moved out, forcing us to move in with family and pay an extra months worth of living expenses.Crestline Mortgage, Ashley Hickmon and Universal Lending were unapologetic and unresponsive, even at the highest levels. 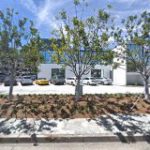