This is an archive of a consumer complaint published against Cypress Surgery Center at DirtyScam.com-

I have two recent experiences with Cypress Surgery Center. In the first case my daughter had surgery and we were made to pay close to $400 even though it would be likely that the amount uncovered by the insurance would be less.At the time I was told it would only take 1 to maybe 2 weeks for any refund to be issued.Turns out they were paid 100% by the insurance company but it took multiple calls over 3 weeks and me finally driving to the facility over my lunch to get the almost $400 refunded.The second case was just today when my wife was having a procedure and we were scheduled as the doctors first patient of the day.We showed up at 8:12 for a scheduled 8:45 procedure.At 8:37 I went up to ask if the doctor was running late since we expected my wife to be called back already by that time.Finally at 9:05 my wife was called back. In talking with the doctor before the procedure, my wife found out that for some reason they thought my wife was not there and would probably have put another one before my wife if the doctor had not insisted that they double check to make sure my wife was not there(usually we have this procedure done at Surgicare but the doctor was not able to schedule it there this time).This meant that I was away from my work from 7:30 until a little after 10:00 instead of 7:30 to 9:00(I am a CPA and this is obviously busy tax season).When my wife voiced her concern about this a nurse in the next area gave my wife a hard time for complaining about the service that we received this morning.My recommendation unless no other facility can handle the procedure is have your doctor perform any procedures you need at some other facility. 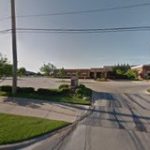