This is an archive of a consumer complaint published against Dan Vas at DirtyScam.com-

There are many reasons why one should not join Dan Vas course which he calls as Amazon freedom course. I was very stupid not to understand why this college going guy is so nice to me. He told me all the nicest things he did with the money he earned by selling on Amazon. There were many references made by him and none of those references linked to any account while I was trying to search on Facebook. To this he said that I lacked the skills to search on Facebook and do other things like advertising and stuff. And, said that I would need the course even more.I have met many people in my life and it seems that few are hard to ignore. What they say and advice seems so real that we forget to verify that information. This happened so quick that I was not able to make the right decision. I signed up for the course only to know that there was nothing in for me.Dan is a young guy and has a lot of energy to share. He will seem outgoing and always up for something exciting. But I did not know that faking all those things isnt very difficult. Dan Vas is a cheater. All the holidays and shopping he does is a bait to intrigue people into thinking how easy it would be to become so popular and generate passive income. The truth is, either he is a fake person or he does not know how to coach others. Because if the same skills have been working for him for so long, why didnt it work for me or many others whom I found after I joined the program.This guy is very similar to other internet gurus who only click pictures to impress others. There is no way he can provide any crucial training as he does not seem to own one. I am so unhappy and feel cheated. This is the first and last time someone made a fool of me. It was a huge lesson for me and I am sure for many others too. The worst part is that he is still able to play his innocent boys looks. He makes people believe that he is genuine and gets their money.The course is all about the basics of selling on amazon. There is nothing you wont know if you are already selling your products. I am experienced and have been selling on Amazon from quite some time now. When I bought this course, I never knew that this would be so dull and lack the expert information that I needed to scale my business.Dan Vas is busy in explaining the things that are very common and looks naïve to me. I have realized that it is so easy to distract people online that scammers have made it their way of living. You can expect them to say anything that will turn you into a customer. Are you up for that game? I am sure most of you wont even like to talk about something like that. So, how can we be happy to learn from someone who has no ethics.A college guy who has only seen one side of his life may not be aware of what it takes to build a career through right means. Hence, I would consider him nothing more than a stupid fella who only wants money to fulfil his desire and not needs.The course is too basic and lack comprehensive structure. It is so naïve that even if you are starting your business, you would find it insufficient. I am sure many of you would be able relate to me. There are many good things talked about this course when you search on the web. This is one of the ways these internet scams take hold of innocent peoples attention. It is easy to do that and there wont be much that these guys need to spend for these tasks.While most of the comments and reviews come from the paid individuals, the ones that are negative gets easily drowned below the fake ones. I tried a lot to find the genuine reviews and it is pretty hard to do that. I tried posting on the Facebook accounts and the website. However, it is easy to manipulate those websites. After all the admin wont like to hear anything bad about him, huh?Dan has no clue about anything related to real business. He is mostly show off. I tried to talk to him about refunds as well because the course was very bad for around $500. I told him the problems with the course and why most of us havent been benefitted through it. I wanted to share a genuine feedback. But, this fella wasnt ready to listen to the truth I had to say.He turned down the phone and messaged me that he wont be able to refund any money. I am not someone who writes bad reviews about companies every other day. I know when its the saturation level and when everyone should be notified. If he was at all genuine, he must have listened to me carefully. He would have tried to explain me the goals and aims he has with the course and would have adjusted it as per the feedbacks from many other students.On the contrary, he just slept on it. He said that he does not need people like me to like his course. He knows his way to fame. How rude of him? It explains a lot of things about this immature guy. I am not able to explain how cheated I feel.I would make sure that my message reaches to all. There is no way I am going to give up. This has to be on the top of google search to ensure that he does not make fool of any more individual and take advantage of their innocence. 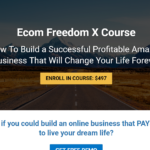