This is an archive of a consumer complaint published against Daniel Perez  New American Funding at DirtyScam.com-

Everything went well through my loan process with Daniel Perez  New American Funding.This was my second loan through him and was planning to use him for all my future home loans but I have changed my mind after an issue with my loan has remained unresolved almost 1 year later.When I went to the title company to sign papers they were incorrect in stating that I did not want an impound account for my real estate taxes.I absolutely wanted an impound account for my RE taxes.I called Daniel and he said to go ahead and sign and that he would personally make sure that this got fixed and it would not be a problem.2 other signings counted on my signing. I didnt want to inconvenience the other parties and I signed on the faith of Daniel keeping his word.He has not followed through with his promise despite my numerous requests.I have sent him all the documents needed to take care of this and nothing has been done.The last 3 e-mails I sent have gone unanswered and I am faced with another huge tax bill this month that would non stressful for me to budget on a monthly basis.I am now considering a refi so that I can get an impound account set up for my taxes.I will not be going through him for my refi! 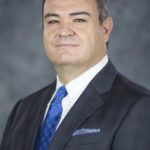