This is an archive of a consumer complaint published against David Kupferman, CPA at DirtyScam.com-

For the last few weeks, my mother has presented me with documents from “legitimate tax companies giving David Kupferman, CPA the chance to settle a tax lien for a few hundred dollars.Fortunately for her, she has a smart and savvy daughter who can aggressively resolve her looming tax “problem, which is simply finding out the businesses are fraudulent.Hey! Thats what it says on this letter from David Kupferman, CPA, who submitted a letter to her about how the IRS is going to pass a law punishing people with five years in jail for not filing up to three tax returns!He can also speak seven languages. I can speak seven languages too, I can say “One two three four five six seven eight nine and ten at parties and people are very impressed.Im sure theyre very impressed with David Kuperman, CPAs ability, too.He is also a TOP RATED CPA firm, and even provides a screenshot of three almost anonymous reviewers and one guy named James who all gave him five glowing stars about how the the IRS are predators who hate people like them and their particular business.It must be hard being a pig farmer these days, as apparently Jennifer N. was so hard pressed she had to sell one.Shes supposed to be bringing home the bacon, not selling it! Whats going on?!These reviews are not shown on the front page, though, which is super weird because his letter makes it look like theyre easily accessible.Also, David Kupferman seems to think that anything over one star is considered Top Rated so in that case that one place that gave me food poisoning can go back to being a top rated fast food restaurant everyone should go to.David Kupferman must be known in the CPA world as The Flash, because apparently he doesnt get enough work being a STELLAR CPA by sending out letters based on publicly recorded liens to poor women who are wondering why so many people are contacting them about things that have already been settled with the IRS.As noted in your letter, all reviews are real and youre proud of them  I hope youre proud of this one!PS: I have line edited your letter and any number under 10 should be written out, and you dont need three spaces in between each sentence. 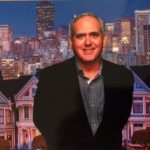