This is an archive of a consumer complaint published against David Martinez  Bay Equity Home Loans at DirtyScam.com-

Last Fall. I began to look for my first home. David Martinez lives in my building and one Saturday I encountered him on the stairs.Was stuck there forever!! He went on and on how he was going get me into my dream home.Against my better judgement I decided to apply with the lending company where he works.Bay Equities in the City of Commerce. Their rate was sky high! 4.62% Im a vet with an 800+ fico and he has the nerve to tell me I am ‘Hard to finance.Really? Even though I was a first time buyer and a little clueless, I knew I could do better than that 2nd rate crap he was trying to unload on me.So I looked around and found a loan with a 1.62% lower interest rate than Bay Equities.First Federal Bank based in Kansas City. They are a national bank that specializes in VA.Home loans for veterans Great place to work with. I recommend them highly.So youd think that was the end of the Bay Equities nightmarel! Nope!!Nooooo! Since Martinez is a neighbor I run into him periodically. Nasty-Nasty-Nasty!Apparently he thought that even though I had gone elsewhere and found a way better deal.He still seemed to think Id finance through Bay Equities. Yeah right!And when I didnt, he made it quite clear that he was p-oed about it!So unprofessional! The latest episode with Mr. Martinez. Yesterday I found a first class letter addressed to him on the ground where I park my car.I texted him and told him about it and put it on top of the mailbox.I saw him later and he said it wasnt there and that I had stolen it and he was going to ‘report me Yeah  Im gonna steal his letter and then tell him about it!This was all just more sour grapes on his part. I mean, how terrible that I go shopping for a better rate on a home loan!And find a substantially better loan! If you go to Bay Equities I would watch out for him!Very unprofessional. Is that who you would want to handle the most important purchase of your life!? I dont think so! 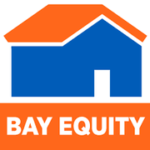