This is an archive of a consumer complaint published against David Tucker, CPA at DirtyScam.com-

I would not refer David Tucker, CPA or his firm to anyone. Very poor communication. David and Jorge were very misleading with intentions over a week of discussion.After speaking with this firm for five days about a pair of 1099s, that David improperly filed from 2 years ago, its seamed as tho I was going to be able to get help.I offered compensation and requested a quote for services even contacted my former employer and he agreed to the amendments.I did everything asked of me by Jorge while enduring unprofessional emails stating that I was complaining about how my paperwork was filed.Feeling strung along I called his office and spoke with David directly.In a offended tone of voice he informed me that Jorge did not communicate that I offered compensation for their work, and that he was not going to help me end of story.It is my opinion that when a client calls about a simple issue, and you discuss it for a week, that you follow through with what your firm is agreeing to do and you treat people professionally.It did not need to take 5 days of communicating helpful intentions to waste both of our time on a ten minute fix. 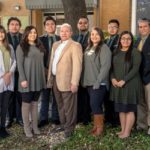