This is an archive of a consumer complaint published against Deanna Mannix Of Heir Hunters Australia at DirtyScam.com-

I have been watching one of the greatest con artists in Australia, they use to go by the name of Money Catch. A shame business that has impacted hundreds of Australians through their Unclaimed Money International Searches scam business, they use many names to avoid detection ( Unclaimed Money Professionals and International Unclaimed Money ). Their latest name is Heir Hunters Australia. They have gone to desperate measures to disguise their true identity anyone contacted by Heir Hunters Australia should take heed. If you search them you will find an elaborate maze of companies and trusts. The goal is you can never find the identity of the criminals behind it. It is like going down a rabbit hole, everything masking. HEIR HUNTER AUSTRALIA is a company owned by the trustee for Intago Trust when you check the Intago Trust you find another company called Expectus Ltd, you dig some more and then you find the same owner as Money Catch. First, you must ask why to go to horrendous trouble to hide. The lack of transparency should be an alarm. I suggest you read about how Money Catch Unclaimed Money Professionals which is how the same hiding behind several layers of secrecy has scammed people for years before being exposed and devising this new Heir Hunters Australia plan to go on with their crimes in hope of being undetected. They are the same people behind several. entities including AURFS Pty (who have had legal action brought against them for stealing funds). You can research all this for yourself, and never deal with them. 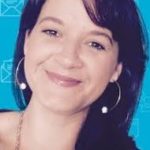