This is an archive of a consumer complaint published against Delgado & Associates at DirtyScam.com-

Do not go to Delgado & Associates and waste your money. They had me pay them $5,000.00 and nothing was done at all.Meeting after meeting, literally passed my file around to five different people within their office, and the only thing that happened was I was put through the hoops producing literally the same documentation to each one over and over again.Same questions every time someone new took my file and none of my info was being passed on.I finally could not take it any more and spoke to Delgaldo he blamed it on me even though he admitted that I was one of the unfortunate ones that took the back seat to his office exchanging my file so many times.Spoke to the IRS and after one year they informed me that he did not supply them any of my paperwork I was giving them on a monthly basis. Literally nothing was done for $5,000.00 I did all the work.I questioned Delgaldo before I spoke to the IRS and he would not comment on what was done with the IRS with my documentation. 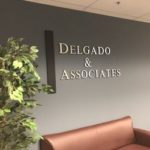