This is an archive of a consumer complaint published against Denali OBGYN Clinic at DirtyScam.com-

My wife has been a patient of the Denali OB-GYN Clinic for a number of years. The care has been acceptable. Her appointment are usually with one of the ANPs who have been very present an professional.Last week she made a first time appointment for our daughter who has never been to a gynecologist.Although this was her first visit it was made with one of the ANPs rather than a doctor.I would have preferred a first appointment with a physician.I drove my daughter to the appointment and arrived 10 minutes late due to traffic conditions. My wife left work early to meet us at the clinic.We were given forms to complete while we waited.After five minutes a nurse came out and informed us that since we were late they could not see my daughter and would need to reschedule for another day.When I asked how long of an appointment was scheduled, I was told one hour.So I asked if we could have a 50 minute appointment. I was told no, and we should have arrived 15 minutes early to complete the paperwork so we would have been on time for the appointment.They were rude and abrupt with me.When my wife arrived she approached the nurse and asked if they could please make an exception.She explained that my daughter needed to see someone and that she left work early in order to be at the appointment.They refused. My wife then explained that she has been a patient for many years and that she has waited well beyond her scheduled appointment time on a number of occasions up to 30 and 40 minutes until seen by a provider.She asked why they could not have some consideration and see my daughter. Again they refused and said that if she had to wait on occasion it was due to the doctor being with a patient.My wife became infuriated with their attitude and vowed never to return to the clinic. They did not care and asked her to leave.I would not recommend DENALI OB-GYN CLINIC. Their ads stress “compassion, dont believe it. 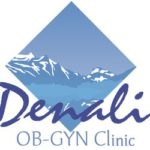